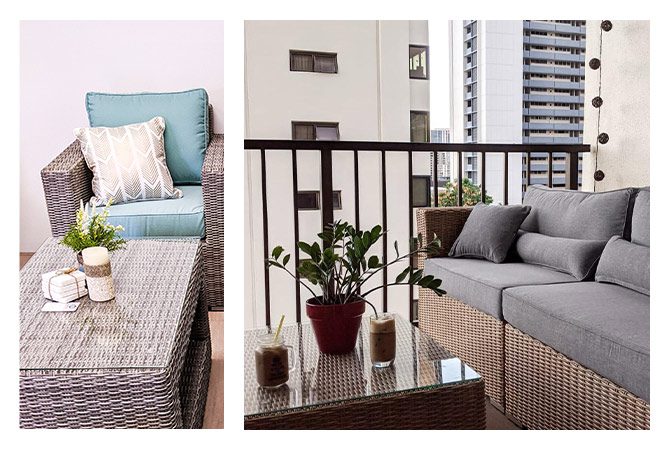 Why does rattan patio furniture Hawaii blend into its environment so easily?

The highly sophisticated style, the cradle-like comfort, and the timeless approach are what describe wicker furniture the best. It has a ‘wow’ effect and a tropical feel to it with both interior and exterior furniture and decorative products. Wicker refers to any product that is woven. Nowadays we mostly only use rattan, reed, or synthetic fibers, however, in ancient times, they used many different kinds of plants to make wicker. Raffia, cane, willow, bamboo, banana leaf, reeds, and other swamp plants were accepted for wicker.

A brief history of woven items

With its extremely imposing look, wicker furniture has been around for millennia – literally!

Wicker products were already known in ancient Egypt. Basket weaving was a common thing in ancient times and they even made seating from reeds and mats, yet the European furniture industry only discovered the wicker technique and rattan itself in the late 17th century and only became popular in the Victorian era.

Wicker furniture was primarily known in the Anglo-Saxon areas, as it could be afforded only by the aristocrats of that time. Luxurious homes that had spacious gardens or greenhouses almost certainly had one mandatory piece that served as a decorative element.

The spread of wicker products came with industrialization in the 19th and 20th century and rattan slowly gained popularity in production, especially in the United States.

The first settlers bought with them the knowledge of weaving, as it was essential to have lightweight furnishing on boats and land as well.

However, a new era soon started as wickers left behind the British influence and took over the leadership over this matter. A new, American style emerged from the innovations of a man called Cyrus Wakefield, later known as the father of the wicker industry, almost shedding the Victorian association with wicker. He realized the potential behind rattan and started producing furniture on a large-scale basis.

And although Wakefield recognized the potential and started the industrial production, wicker waited for the revolution of the Arts and Crafts Movement in the early 1900s that revived wicker. The mid-2000s brought the synthetic all-weather to wicker and thus started a new era for wicker garden products in contemporary times.

The durability of weaved products

Any material used for wicker products is strong and durable on its own, even in its natural state. Woven together and onto a frame significantly increases its strength and firmness.

Given that the ancient Egyptians weaved their products mostly from reeds that grow near the Nile, they discovered the strength that lays in the plants that are moist and are woven together to dry. Much like rattan, a palm that comes from the tropical rainforests of Asia.

The rattan palm has a compact, light, spiny, slender trunk tree with a strong texture. The tree found its usage in the wicker business for its advantages over other plants, such as being sturdy and malleable at the same time. It’s important to mention that almost all of the tree can be used for making wicker products – thicker parts of the tree are perfect for stable frames for furniture, while thinner parts, such as the peeled shell, the inner core, and canes are used as wicker surfaces. However, to get the needed parts for weaving, it must undergo a complex and lengthy process of cutting, peeling, drying, and treating it with sulfur for bacteria. To be able to bend it to our will when it is still just raw material, it needs to be heated for it to be elastic and soft. What it will be used for later is determined by its diameter, which can be smaller than 0.5 inches and up to 2-2.5 inches. The weaved products can either be soaked and bleached or they can be left in their natural color. 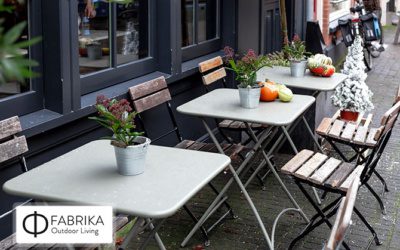 That je ne sais quoi energy with a bistro set

Fabrika recommends getting two chairs and a small table if you don’t have the space for anything more. If you, however, have some more space, consider getting the round dining set to complete the feeling. 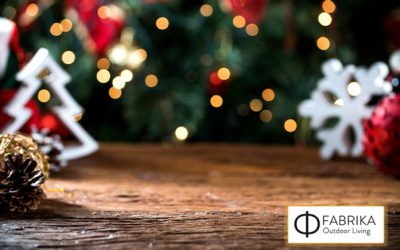 We hope your holiday season is full of peace, joy, happiness and enough outdoor furniture to accommodate your family and friends.
Cheers to warm holiday memories! Mele Kalikimaka 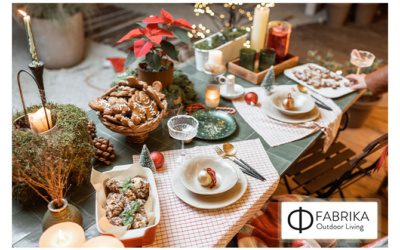 Get in touch with us for more details or simply come visit us and choose your next patio set!